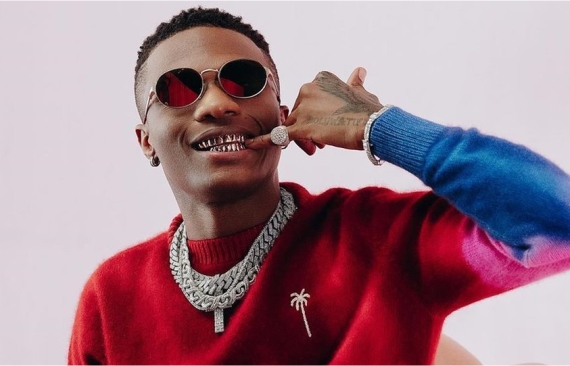 Wizkid whose birth name is Ayodeji Ibrahim Balogun was born to the Family of Mr Balogun on the 16th day of July 1990, in Surulere, Lagos state, Nigeria. Wizkid born into a family of six children of which he is the last. In an interview with Tim Westwood, wizkid revealed that his dad has three wives. He also revealed that his journey into music began at the tender age of 11, he released a 7 tracked album back in 2001 of which he titled it “Lil Prinz”

This article is based on true details of one of Nigeria’s most successful musical artst. This Biography covers his Awards, Albums, and endorsements.

Wizkid has won the world’s attention sence coming into the music since. Wizkid has grown to become one of the forces in the Nigerian music industry, He is a songwriter as well as a producer.

Wizzy as fondly called has worked a lot and also has contributed his quota to the Nigerian Music Industry, he of cause has a couple achievements amongst them is the BET Award, he also got a one MOBO Award after he was nominated twice, he has as well won three “The Headies Awards” out of his 8 nominations so far, not only that he has been honoured with one Channel O Music Video Award after an agonising 6 nominations, impressively wizkid has scoped four Nigeria Entertainment Awards from an impressive 11 nominations, won Ghana Music Award in one occasion after been nominated 7 times, he has as well two City People Entertainment Awards trophy in his cabinet in 4 nominations, and then a Future Award. Amazingly wizkid has three nomination for MTV Europe Music Awards and then a four nomination for World Music Awards. Wizkid won the award for Next Rated at The Headies 2011. In addition to winning the award, he was awarded a 2012 Hyundai Sonata courtesy of The Headies and its affiliates. The car’s presentation ceremony took place at the Silverbird Galleria in Victoria Island, Lagos. Guy Murray Bruce, Bola Salako and Ayo Animashaun were present during the ceremony. Wizkid joined the list of past winners, including Aṣa, Overdose, Omawumi, Wande Coal and Skuki.

OJB Jezreel influenced Wizkid’s earlier on in his career, he helped in giving the kid a direction making him who he is today, OJB didn’t allow Wizzy to do any form of recording for about 12 months, though he was a frequent visitor of Jezreel’s music studio; according to Wizzy he actually saw Tu Baba record his second studio album “Grass 2 Grace” and also when the Sultan of Nigerian music “Sound Sultan” recorded his hit song “Jagbajantis”.

Wizzy also revealed that Naeto C where the first few a list artist he was privileged to learn from, apparently Super Naeto coached him. Mr And Mrs Balogun didn’t like the idea that their son loves music. Wizkid during an interview revealed that he and Banky W were friends before the later signed him to his label. Flaunting his song writing skill, Wizkid wrote Banky W’s “Omoge You Too Much”. He then worked with Naeto C and Ikechukwu back in 2006, as well as got a feature in M.I’s debut album “Fast Money, Fast Cars” and also on Kel’s “Turn by Turn”.

Back in 2013 Wizkid was surprisingly ranked 5th by Forbes and Channel O’s list consisting of top 10 artist who are Richest and also Bankable in African. Wizzy was the Nigeria’s first musician to score an over 1 million followers on Twitter in 2014.

Some Of Wizkid’s hits songs Arranged in No Particular order
“Holla at Your Boy”
“Love My Baby”
“Don’t Dull”
“Pakurumo”
“Azonto”
“Dance For Me” with EME,
“Tease Me/Bad Guys”
“Jaiye Jaiye”
“Ojuelegba”
“Expensive Shit” and many others.
Recording of Superstar (Wizkid’s debut album)

Wizkid’s recorded his second studio album “Ayo” in 2012 and was finally released in 2014, with guest such as the legendary Femi Kuti, Banky W, Seyi Shay, Akon, Tyga, Phyno and MMG rapper Wale. Ayo Balogun won the 2012 BET award for the best African act, and between 2010 till date, he has also won several other numerous awards in Nigeria, South Africa, the UK, and the US.

Wizkid has gone on toured to most of the celebrated parts of the world, with cities like London and New York, including most parts of Asia. Being at the “Guinness Big Eruption Concert” was one of his achievements in terms of tour. In 2016, Chris Brown Personally asked for Wizkid to be part of his own “Chris Brown One Hell Of A Night Tour Europe Tour”

In 2012 Wizkid signed a major one year endorsement with the Pepsi brand of which the financial reward is said to be $350,000 U.S dollars. He has as well gone to Beirut with Tiwa Savage under the Pepsi brand for commercial. Other wizkid’s endorsement according to Premium Times was his one year contract with MTN Nigeria, and his Pepsi contract was extended with an additional two years, he afterwards signed other deals including one for Guinness. Wizkid became an ambassador to the Telecommunications giant Globacom in 2015.

Wizkid announced his disengagement with EME through a tweet from his Twitter account, he went further to move out of the E.M.E mansion and then he acquired himself a house in the Lekki Phase 1.

His sophomore album, AYO was released in 2014 , was preceded by the singles “Jaiye Jaiye“, “On Top Your Matter”, “One Question”, “Joy”, “Bombay” and “Show You The Money”. In addition to his solo work, Wizkid has collaborated with several artists and was featured on numerous songs such as : Ojuelegba remix featuring Drake and Skepta, Girl (with Bracket), Fine Lady (with Lynxxx), “Sexy Mama” (with Iyanya), “Slow Down” (with R2Bees), “The Matter” (with Maleek Berry), “Pull Over” (with KCee) and “Bad Girl” (with Jesse Jagz), He recently collaborated with International Artistes in songs like; “I Just Want To Thank You” (R. Kelly), “One dance” (Drake), “Shabba” (Chris brown, Treysongz, French Montana,

Wizkid has met with the dignitaries both home and abroad , he was hosted to a grand welcome by the Sierra Leone President Ernest Bai Koroma in April 2015. He was recently featured in Drake’s song “One Dance” alongside Kyla also noting that Drake also did a remix of Wizkid’s hit Song Ojuelegba. Wizkid has performed alongside Chris Brown and numerous International acts.

His work and contribution to the Nigerian Music Industry has earned him several achievements, including a BET Award 2013, a MOBO Award, three The Headies Awards, two Channel O Music Video Awards, four Nigeria Entertainment Awards, a Ghana Music Award, two Dynamix All Youth Awards, two City People Entertainment Awards, and a Future Award. In addition, he has been nominated three times at the MTV Europe Music Awards as well as four times at the World Music Awards. He was ranked 5th on Forbes and Channel O‘s 2013 list of the Top 10 Richest/Bankable African Artists.In 2015 Headies Awards he won the “SONG OF THE YEAR” (Ojuelegba), “BEST R&B/POP ALBUM” (A.Y.O.) and “ALBUM OF THE YEAR”(A.Y.O.) In February 2014, in 2016, Vogue Magazine February edition also described WIzkid as the best Dressed African Pop star, Wizkid became the first ever Nigerian musician to have over 1 million followers on Twitter.